Revolutionary... From the Start 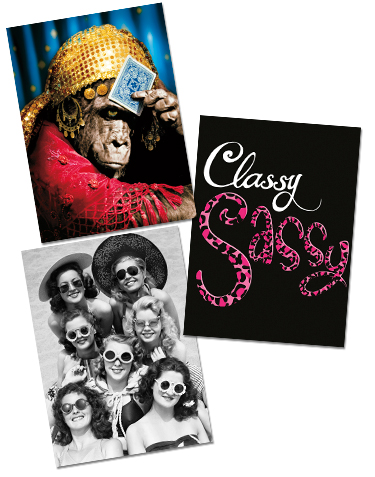 It all began... in 1980, when young Rick Ruffner arrived at his first National Stationery Show in New York with a handful of samples. While everyone told him his concept would never work, his first four orders were placed that day, and it set the stage for a quickly growing phenomenon. Rick’s brand evolved rapidly into a humorous style of colorful, clever story-telling that became the Avanti brand.

The "Can Do" Kids... By 1983, Rick had assembled a seven person team and moved the operation into a small office in downtown Detroit. Everyone pitched in to get the job done. Creative and Customer Service were often the same people packing the orders. This “Can Do” spirit forged a family atmosphere that remains strong to this day.

Local And Global Appeal... As we grew, independent card shops were quick to recognize Avanti as a strong alternative to traditional cards. Specialty retailers were especially drawn to the line by its ability to attract educated consumers and impulse shoppers alike. Avanti was also popular internationally, with distributors from the UK to Australia and Japan championing the cards, proving what we already knew: humor is a universal language.

Real Success, At Last... In 1988, Avanti won its first LOUIE award from the Greeting Card Association. Since then, Avanti has earned over 40 more LOUIEs. Additionally, we've earned numerous print and production awards for our consistent product quality.

Fast Friends... Over the years, we have forged alliances with some of the best sales groups in the country, many of whom have continuously sold Avanti for 20 years or more. An enlarged Fulfillment Center near Detroit’s Metro Airport accelerated the company’s ability to ship orders quickly and efficiently. By emphasizing professional in store service and rapid order turn around, Avanti stays ahead of the constant demand created by shoppers across the country and the world.

In The End... Avanti is really just a small group of crazy card nuts who have managed to make a big splash doing what we do best: making people smile.